Thomas O. Meehan
I am retired from government, law enforcement, politics and all other pointless endeavors. I eat when I am hungry and sleep when I am tired.

CSPAN's anniversary coverage of the Berlin Wall collapse last night was very interesting.  Mary Alice Williams was interviewing the US-West German ambassador and other notables. What struck me was Williams approach to this monumental event.  Williams bombarded the West German ambassador was bombarded with questions about how this influx of Germans would be a problem for Germany.

Leave it to a liberal American journalist to see the collapse of East German as a cornucopia of problems for all the other Germans.

Ample imagery of the walls erection and the attendant shootings were aired, but the issue of just why people faced death in order to exit the German Democratic Republic was never aired.  Was it because they couldn't wait ten years for a Trabant? Was the beer that much better in the west?  Or, just perhaps it was the soul crushing tyranny of the Socialist DDR.

Mary Alice Williams is still working in journalism.  She is the Anchor of NJTV, a state owned station in the people's republic of New Jersey.
Posted by Thomas O. Meehan at Tuesday, November 12, 2019 No comments:

This, overheard on CSPAN a few days ago.  One Congress critter among the bipartisan scolds lamenting our withdrawal from Syria said words to the effect; I'm outraged and will reintroduce Arminian Genocide remembrance legislation as soon as I can.

This is to slap Turkey for its famous historical crime against the Armenians.

Those among us with a bit of historical awareness will recall that Kurds within the Ottoman (Turkish) Empire were among the most enthusiastic murderers of the Armenians. They also enslaved and force-converted Arminian Christian girls in the manner of ISIS.

Too much to hope for erudition from members of Congress, but couldn't they hire staffers with a bit more knowledge they have?  It couldn't be hard.
Posted by Thomas O. Meehan at Friday, October 25, 2019 No comments:

ARE WE ALL EUROPEANS NOW?

President Trump now finds himself in a European conundrum where winning office is only a probationary status pending establishment legal proceedings in countries like Italy and France.

Assassination by lawyer using every jot and tittle of the law and legal procedure is not completely new in the USA, but it now seems to have taken hold. We need to take note of this departure from American norms.  Americans in the past were not tolerant of legal niggling after elections. Neither was the legal community.  There was a recognition that aspects of American governance, like the Electoral College, Congressional redistricting and the like, were properly political.  Within a system designed by the founders for men and not angels, some leeway was to be expected. Wheeling and dealing are to some extent inevitable in governance. If this rises to high crimes and misdemeanors, investigation and prosecution are warranted. Below that level, there is always the next election.  Certainly, sub-rosa investigations of corruption and other wrongdoing were expected.  But such investigations were for the purpose of gathering ammunition for the next election. We now have organized scalp hunting of elected officials as a permanent coup. Trump finds himself in company with Silvio Berlusconi, Jacques Chirac and too many Israeli worthies to count.

If all this justice-seeking were a reflection of some genuine and even-handed love of virtue among its practitioners, that would be respectable if tiresome.  But it is not.  It reflects the reduction of law into mere tactics.  It's simply political war levied against election winners by agents of the administrative state and the left. I see no reason to believe they will ever stop until they get a President they are prepared to accept.

A good rule in human affairs is, never back your opponent into a corner.  By launching assaults on elected leaders for corrupt practices no worse than your own, you convince large segments of the population that voting for candidates who represent them is pointless.  Convincing millions that the system is rigged, is asking for alternative means of public action.  Petty corruption has been and is part of public life. Everyone knows this.  If every election from now on is the starting gun for a race to indict, we will soon be beyond the realm of electoral politics altogether.
Posted by Thomas O. Meehan at Tuesday, October 22, 2019 1 comment:

I AM BACK AGAIN

After a long break, I am back online.  I have moved to a new location and am writing again. looking forward to sharing and your responses.  Who knows, some of you might even hit the contribution button.
Posted by Thomas O. Meehan at Friday, July 19, 2019 No comments:

Can we really be withdrawing our forces from Syria?  Could anything so wise be happening?  It seems so.  President Trump, that tragically flawed messenger for sensible policy is pulling the plug on Obama's, or perhaps I should say, Hillary's pathetic adventure in Middle East warmongering.  So what has been achieved?

The Kurds have yet again been set up for failure in their quest for a state of their own. No surprise here, as they have always paid the price for association with us.  After all our bombing and blustering and advising, they still sit between Assad's Syria and Erdogan's Turkey.  Neither are disposed to make nice.  We have used the Kurds shamelessly for many decades and just as often washed our hands of them. We are their only hope for assistance so they make the same forlorn calculation over and over.

It's hard not to sympathize, but surely the question that must be asked is, why is their fate an American interest?  Do the Kurds offer us a means to defend an American interest? Wouldn't a free Kurdistan under our protection be another Israel; a permanent impediment to good relations in the region and beyond?

HOOVERING UP THAT SCIENCE STUFF 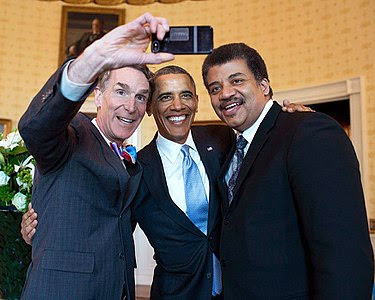 Margeret Hoover is at it again, with her debased version of Bill Buckley's old Firing Line show. This time her guest was Neal deGrasse Tyson.  Tyson is the latest in a line of bores lecturing the rest of us in the name of science as though he is qualified to speak on matters far beyond his specialty.  Unlike Bill Nye, he is an actual scientist so there is that at least.  He was an early acolyte of the Canadien Marxist science popularizer Carl Sagan thus establishing a pedigree of sorts.

Tyson doesn't actually teach science so much as harangue humanity at large for clinging to religious or philosophical or other points of view that he himself doesn't like.  He is on record as rejecting philosophy out of hand and he is a ferocious enemy of religion, particularly Christianity.  Thus Tyson is right out of central casting for the role of Science Savant.  He is a minority creature of the establishment preaching against the remnants of an older order.

The hoards of self-important ninnies who keep PBS alive need to think of themselves as a cognitive elite.  They need their prejudices confirmed about what they know without going to the trouble of submitting to the discipline of finding out truths on their own.  This is why PBS and NPR are so crammed with generalists and explainers spoon-feeding bogus "consensus" science, sociological and economic "Facts," to all the government workers, school teachers, and other drones dependant on public media for their self-respect.

Tyson flatters his viewers' self-regard by making snide attacks on flat-earthers, Bible believers and of course climate change deniers. Precisely how these beliefs harm our civilization or undermine material progress is left unsaid.  He seems to assume that as long as any percentage of the public holds unorthodox views, these views will corrupt the decisionmaking of national leaders.  History is not Tyson's strength. Since when has general ignorance deterred the powerful from pressing ahead with discovery?  Did general illiteracy silence the Rennaisance?

It's noteworthy that Tyson "....never advises political leaders," and never debates anyone.  If he did, he would be on record, hence linked with a course of action that might fail.  If he debated, he might lose.

It's telling that for all his verbiage about scientific results, he never seems to address the one thing absolutely necessary for a public understanding of those results, Logic.  Why is this? As a science popularizer, one would think that the application of logical reasoning to evaluate the torrent of scientific information would be a passion of his.  Perhaps he considers logic, as a branch of Philosophy out of bounds?

Let's be honest, Tyson and Nye and Sagan before them are in the business of making the aging Baby Boomers feel good about matters they don't really understand. 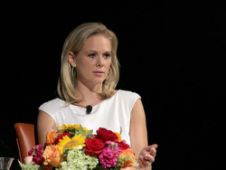 Just caught Herbert Hoover's granddaughter on PBS interviewing J.D. Greer, head of the Southern Baptist Convention. It was the kind of interview given to UFO believers or other dubious cranks. So what's happening here?  Now that the memory of Bill Buckley is receding from memory, the little pink people at PBS decided to resurrect his old show Firing Line.  Only this time, they substitute Hoover's fatuous GOP establishment geisha for Buckley's acerbic provocateur.  One needn't know Hoover's history or the original show to see immediately just how bogus any conservative connection is.  Hoover, who is a "Gay rights activist" and "Feminist"* and need I say, a former Bush II White House drone. She put one tendentious question after another to Pastor Greer as though the Baptists are some disreputable new cult whose bizarre beliefs need to be challenged before they catch on.  I think CNN has their own click-bate pseudo conservative hottie working the same patch called, C.C. Cupp. She looks much better than Hoover as well.

Remember, this is PBS's "Conservative" show. It runs on Friday evening so one can catch it right after you take in the wisdom of another house "Conservative" pundit David Brooks.  Brooks is one of the New York Times' house conservatives, meaning he is no conservative at all.  He is also a neocon Never Trumper and all around crypto-Israeli.  Yet he identifies as a conservative because he works for the Times and the only organized "Conservatives" are non-conservative Neo's with their own ties and alien allegiances.

We actual conservatives let this happen.  We don't build, fund and support our own institutions.  We offend the Capitalists we defend so much they won't give us a dime.  So our enemies and imposters can actually impersonate us in our own country.

Obviously, we need a Pope!  Well, OK, not an actual pope, but is it beyond the wit of man to at least call out the phonies getting rich impersonating us?

* Simple Google search.  She lays it all out there.